Want To Take Your Steam Iron With You?

For those who travel a lot, you’ll want to know where you’re allowed to bring a steam iron. Steam irons keep your clothing free of wrinkles and are great for specific trips. However, not every form of transportation will let you take one onboard.

You can travel with a steam iron as long as you’re not on a cruise ship. If you’re traveling by plane, make sure steam iron doesn’t have a battery and is free of water. Since a steam iron is typically big and heavy, you’ll likely need to bring it in checked luggage.

Can You Take a Steam Iron on a Plane?

The TSA doesn’t directly mention steam irons and their rules. However, they aren’t prohibited items. You might be able to take your steam iron in a carry-on unless it sets off a warning during screening. TSA agents may also have security concerns since irons are usually large and heavy.

You can take a steam iron on a plane, but you should bring it with you in a checked bag. It should be a model that uses a cord instead of a battery, and you’ve removed all the water first. You can likely bring it on the flight if you do all that.

However, the TSA can still confiscate an item. For that reason, I recommend bringing an older iron with you and leaving the good one at home.

The TSA does have different rules when it comes to travel-sized irons. These types of irons are allowed in your carry-on luggage. If you don’t have a small one, I recommend the Sharper Image Mini Steam Iron (available on Amazon.com). 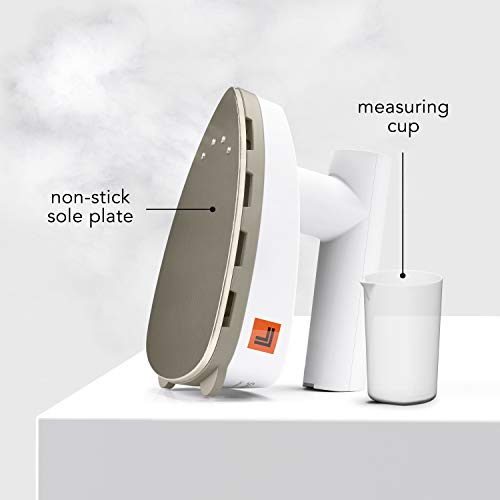 Plus, it won’t take up all the space in your carry-on, leaving more room for clothing and other essential items. It’s a good idea to have a mini iron for traveling since it’s not nearly as bulky as a full-sized one.

Steam irons are fine in checked bags. If you don’t want to bring a checked bag, you’ll need a smaller steam iron to take in your carry-on. The TSA might confiscate oversized irons in carry-ons.

Can You Take a Steam Iron on a Cruise Ship?

You cannot take a steam iron on a cruise ship. Steam irons are banned in cruise ships. All items that produce heat are prohibited, except for hair stylizing items. Steam irons are a potential fire hazard. If a guest left one unattended, it could cause a fire.

When you arrive for the cruise, you’ll have to undergo some security screening process. Security will check your bag for prohibited items, just like the TSA would at the airport.

If you try to bring a steam iron on a cruise ship, there’s a very good chance that it’ll get confiscated. You can save yourself the trouble and not bring one with you.

However, if you still need de-wrinkling on a cruise ship, you have other options! Instead of trying to sneak your steam iron on board with you, you can try alternative methods to remove the wrinkles from garments. Security will appreciate you leaving the steam iron at home.

Hang Your Clothes and Use a Dewrinkler Spray

You can hang the garment up as soon as you get to your room. As the day goes on, gravity will pull the remaining wrinkles out of the fabric. There’s also dewrinkler spray you can try! For example, the Downy Wrinkle Releaser Fabric Spray (available on Amazon.com). 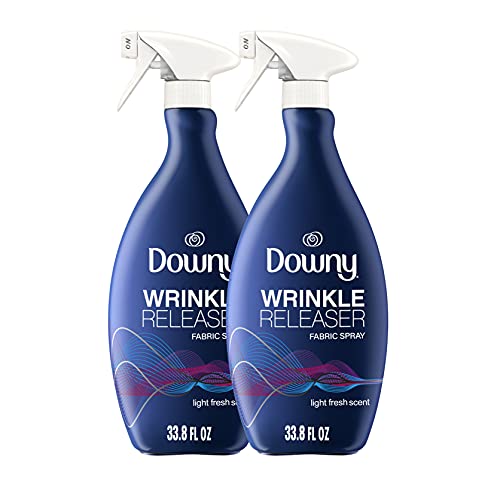 This product removes wrinkles quickly, making it perfect for when you can’t have your iron with you. It also works great for dealing with odors and static. You’ll want to pour some into a travel-sized bottle with you before leaving home- don’t bring the entire spray bottle.

In short, you can’t bring a steam iron on a cruise ship- even if it’s travel-sized! It’s sure to get taken from you when security goes to check your bags.

How To Pack a Steam Iron

No matter how you’re traveling, you’ll need to know how to pack your steam iron correctly. That way, you won’t accidentally damage it.

If you still have the box, you can always leave it there, then pack it in your bag. However, you probably don’t have the original package if this is an iron you’ve had for a while.

First, you’ll want to make sure the iron doesn’t have any water inside it. Wrap the cord around the device loosely. Then, surround the steam iron in something soft, like a towel. Doing so should protect the metal.

After that, you’ll want to place plenty of clothing around it to hold it in place. You don’t want the iron shifting around a lot inside of your bag, especially if it’s heavy. Bringing your iron with you shouldn’t be too much of an issue.

In short, you can usually travel with a steam iron. You’ll want to consider what type of transportation you’re taking. It’s a good idea to call ahead if you can’t find the answer anywhere online.

You can bring steam irons on planes if they don’t have a battery and are empty of liquid. You’ll likely need to put them in checked luggage due to their size and weight. However, steam irons aren’t allowed on most cruise ships.

Traveling with one is possible if you know you’ll need a steam iron! Make sure you’re careful not to drop it.

You may also be interested in… Does Steam Ironing Shrink Clothes? (Modern Steam Irons Optimal Settings), Best Steam Iron That Doesn’t Leak and Why Do Rowenta Steam Irons Leak?