The name hope chest sounds quite catchy, but what type of chest is this?

Table of Contents hide
1) Where Does The Name Hope Chest Come From?
2) What Are The Different Types Of Hope Chests?
3) The Troubled Past Of The Hope Chests

A hope chest is a piece of furniture in the shape of a chest traditionally used to collect different types of items, household linens, and clothes by an unmarried young woman in anticipation of married life.

Typically it is made of different types of wood, from cedar to mahogany, and it may have different patterns carved or painted on it. Additionally, it also may or may not have a key and lock…

Where Does The Name Hope Chest Come From?

The hope of chest has many different names: it is also called glory box, trousseau chest, dowry chest or cedar chest; the name hope chest is centuries old and it reveals rich, fascinating history that originated in Europe and later on, in the 18th century, was further spread to America.

It comes from times when marriage included the exchange of gifts and properties between the families, therefore these handmade pieces of furniture were given to young women as a symbol of good luck and ‘hope’ in their preparation for marriage.

The young-brides-to-be typically collected their most precious items, often handmade by them, (items like towels, napkins, blankets, bed linen, occasional dresses, even dishes) in this chest and brought it with them into their new home.

What Are The Different Types Of Hope Chests? 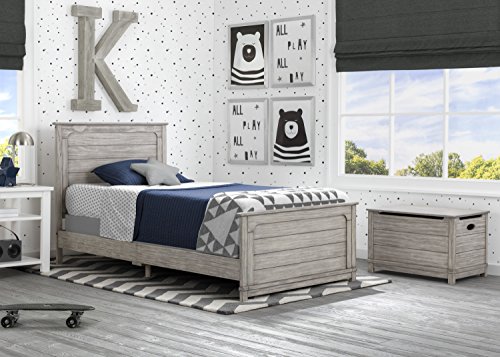 Traditionally, the hope chest is made out of cedar wood which repels insects and therefore protects the clothing items and linens inside.

However, today there are numerous hardwoods used in the construction, such as cherry, maple, and oak.

Moreover, some models also include a lock mechanism with a key. There are several different types of hope of chests, among which the most popular are:

The Troubled Past Of The Hope Chests

In the past, many started reconsidering buying hope chests as reports of it presenting a suffocation hazard for children started to surface: several cases resulted in child deaths due to suffocation inside the hope chest.

The traditional design with a self-lock mechanism can trap the children under a heavy often self-locking lid; this issue became quite serious in 1996 when the reports of 6 children’s deaths surfaced, and some manufacturers recalled over 12 million hope chests produced between 1912 and 1987 off the market.

Due to this, and the progressive views of young girls, nowadays, these chests are not so common or popular as they used to be in the past.

Nevertheless, they are still used, but rather in different contexts/uses, so you will find them used as coffee-tables or TV units in the living room giving it an eclectic, vintage look, or as a side bench next to the bedroom beds.

You may also be interested in… What is A Bombe Chest & What To Consider Before Buying One, and What is a Keepsake Chest & The Different Designs You Can Get