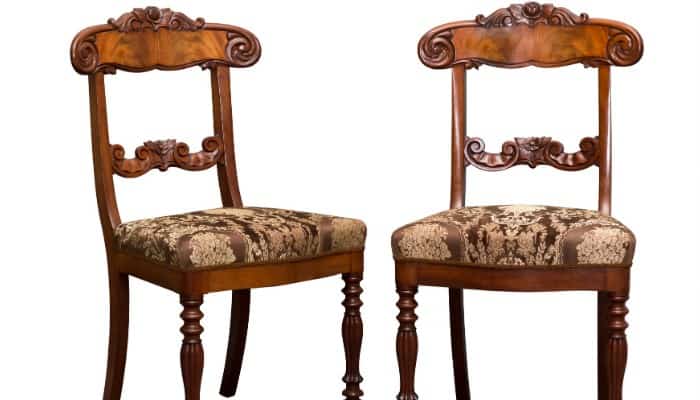 The Biedermeier story is an interesting one. The style originated in Vienna, Austria around 1815, lasting until about 1848. After the Napoleonic wars, a middle-class developed and soon became a significant portion of the population across Europe.

The Biedermeier style was a result of this growth and a response to the buying power held by this developing middle-class.

It was not until 1866 that this style became known as Biedermeier. The name was initially used as a pen name by a team of two elite authors to publish articles mocking the new middle-class.

This new middle-class required something other than the contemporary Empire style, which was too opulent and formal for their homes. They needed something more suitable for their living space and activities like writing, music, and small in-home gatherings.

Furnishings For The Everyman Is The Legacy Of The Biedermeier Style

This style relies more on the grain and features of the wood than on the added ornamentation found in the Empire style. Playful geometric shapes, curves, and lighter woods are all standard features of the Biedermeier form.

The playful geometry, simple flat surfaces, and visual delicacy of the Biedermeier style also influenced the Art Nouveau and Art Deco design philosophies. To the untrained eye, a Biedermeier chair could easily be misconstrued as Art Deco.

Because of these similar characteristics, Biedermeier pieces can blend well with these two disciplines.

Over time, the style evolved with curved or serpentine lines and more ornate treatment of the plane surfaces with materials other than wood. Still, this form fits function style maintained its utility and individuality.

What is a Biedermeier Chair?

From its inception in the 19th century, craftsmen working in the Biedermeier style began making chairs in a multitude of different forms. A search for images of Biedermeier chairs will provide a cacophony of styles.

The legs will usually be tapered, many will have a slight outward curve. However, it is not uncommon to find more stylized legs, especially in later pieces.

Remember, this 19th-century style was popular when the average person was beginning to benefit from more leisure time. Comfort was a new important feature for chairs of the Biedermeier era. 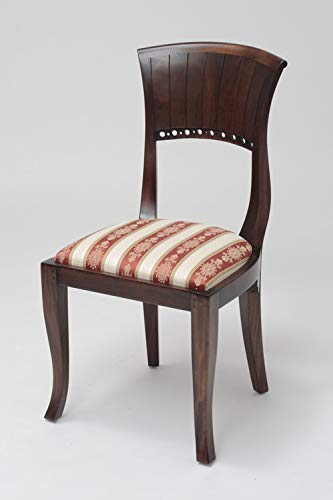 Many chairs from this period feature a U-shaped structure that can appear almost cup-like. Many are somewhat barrel-shaped (that playful geometry again), and all seem to offer genuine comfort and invite you to sit in them.

This is where the playful geometry we mentioned earlier comes into play. Each chair back is a graceful work of art, and the variations are nearly endless.

At over 200 years old, the 19th century Biedermeier style is as relevant today as ever. The clean, simple clean lines and engaging detail can make selecting your Biedermeier chair an adventure to remember.

You may also be interested in… What is a French Accent Chair, What is a Splat Back Chair, and What is a Bentwood Chair – Beautiful Curvy Shaped Chairs