Garbage Disposals Can Be Hardwired or Plugged In

Garbage disposals are in an estimated one-half of U.S…. households…. Suppose you’re thinking about adding one to your home or business…. In that case, you may wonder how to install and power up one of these devices.

Does a Garbage Disposal Need Power?

Most kitchen appliances need electricity to do their jobs, garbage disposals included…. A Garbage Disposal is like a blender since it has a motor that pulverizes anything you send down into the sink…. So, like a blender, you’ll have to plug it in to get it working.

Garbage disposal needs electrical power to do its job since it uses a motor to spin a blade that chops up your waste…. In most cases, garbage disposals are powered electrically, but you may find water-pressure-powered models from time to time.

Hardwired vs…. Plugged In Garbage Disposals

These common appliances go by a few names, including food disposers and waste disposal, to name a couple…. The electric version of garbage disposals can be either hardwired or plugged in…. An overview of each is below:

Hardwired garbage disposal is connected to a switch that usually looks like a standard light switch…. The switch is generally inside an electrical box located in the sink’s base cabinet or on a nearby wall. 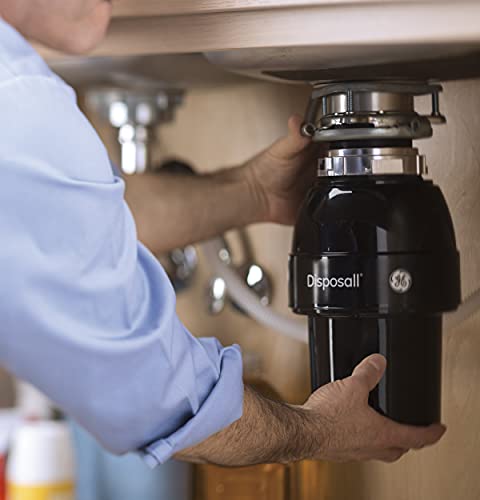 This switch is connected to your home electrical system, so it can be challenging to install a hardwired garbage disposal on your own…. However, being able to use the appliance without plugging it in is a significant benefit.

Plug-in garbage disposal has a cord that plugs into an outlet.

The outlet, which is controlled by a standard toggle switch, is usually close to the sink on a nearby wall…. The outlet can, and often does, power the garbage disposal and another appliance, like a dishwasher, using a split receptacle. 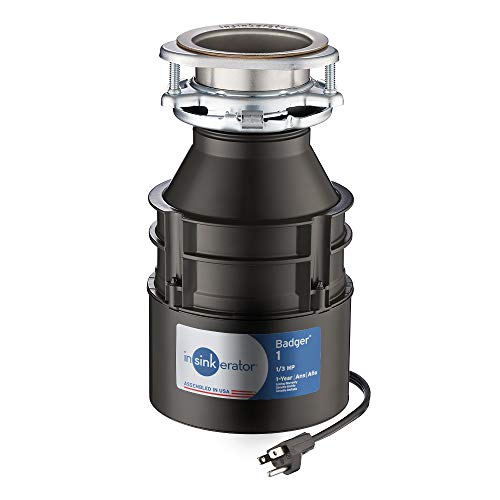 Cords for your plug-in garbage disposal are usually sold separately…. You can find kits to complete installation and set up…. These kits will have the parts you need, such as a grounded appliance power cord with an attached plug, a cord clamp, and plastic wire connectors.

Are Most Garbage Disposals Hardwired?

Garbage disposals are common household appliances that can simplify your waste disposal…. They are popular due to their convenience since they shred uneaten and unwanted food into tiny pieces…. However, you should also consider safety and accessibility.

In the case of leaking or any other issues with the garbage disposal, it is easier to access and disconnect plug-in garbage disposal…. You would only need to unplug it to power it down in case of a runaway blade, a finger stuck in the drain or a clog.

On the other hand, the hard-wired garbage disposal is more difficult to disconnect.

Is a Garbage Disposal Plumbing or Electrical?

Garbage disposal is both plumbing and electrical…. That’s because it uses an electric motor to pulverize the waste you send down the drain…. Then, it sends the cut-up waste down a plumbing pipe for simple disposal.

Installing a plug-in garbage disposal can typically be done by a plumber or an electrician…. However, choosing to hire a plumber is usually the cheaper option.

Hardwired garbage disposals may require an electrician, especially if there is no existing outlet under the sink…. An electrician would need to install a power outlet before installation.

Adding a new outlet under a sink must be completed by a trained electrician only…. Further, you must install it in compliance with your state’s electrical code…. Some garbage disposal warranties are void if a trained electrician does not install them…. So, it is always best to hire the appropriate professionals.

Although garbage disposals are convenient and found in many modern homes, some homes do not have an outlet under the kitchen sink…. A hardwired garbage disposal may be the only logical solution in this circumstance.

Hardwiring garbage disposal requires quite a bit of upfront work for a proper installation…. Hardwired garbage disposals require you to make a permanent, metal-grounded wiring system connected to your home’s electrical system.

The process usually involves cutting into a wall, clamping cables, stripping wiring, tightening clamps, and connecting the electrical circuit to supply power to your garbage disposal…. Then, the installer will patch up your wall and install switches for easy power-up.

With all these technical steps and intricate processes, it would be best to hire a plumber or electrician to ensure that your garbage disposal gets installed correctly and safely.

One of the most common questions about hardwired garbage disposals is whether or not a GFCI outlet is the best choice and if the garbage disposal needs a dedicated outlet…. So, let’s look into the facts and find some answers.

GFCI, or ground-fault circuit interrupter, outlets were created to prevent people from electrical shock…. If a GFCI outlet senses an interruption in electrical current, it switches the power off.

These GFCI outlets are commonplace in areas near water, like bathroom sinks and kitchen sinks…. You’ll notice that they usually have buttons on them so that you can reset or turn off the outlet.

Dedicated Outlet or Not

Some low-powered garbage disposals can share an outlet…. In this instance, it is usually shared with the dishwasher outlet…. On the other hand, other garbage disposals with higher power ratings may need a dedicated electrical outlet.

Garbage disposals are found in both residential and commercial spaces…. They are typically powered by electricity, with just a handful being water-pressure powered.

You may also be interested in… Which Side of the Sink Does the Garbage Disposal Go On?