Does a Garbage Disposal Need Its Own Circuit? (What Size Circuit?)

Bestunder250 is reader-supported. We may earn commissions if you buy through our links.

Garbage Disposal – Separate Circuit or Not?

A garbage disposal is a convenient and helpful appliance to have in your kitchen. But you may have some questions about how to wire it correctly, specifically whether or not it needs a dedicated circuit to run. A garbage disposal does not need its own circuit, but ideally, it should. First check with the disposal’s user manual for specific circuit requirements. If permitted by local code, it can share the circuit with a dishwasher, provided the combined load doesn’t exceed 80% of the circuit ampacity. 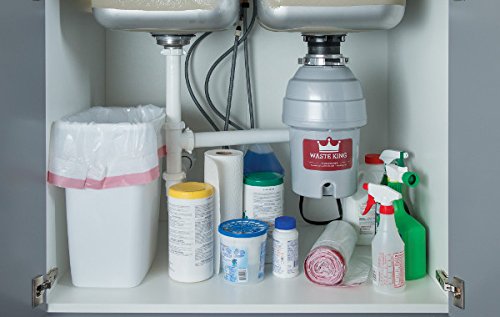 In this article, I’ll explain garbage disposal circuit requirements, including what size circuit is needed, and whether or not it can share a circuit with other major kitchen appliances.

What Size Circuit Do I Need for Garbage Disposal?

A 15-amp, 120-volt circuit is needed for garbage disposal. Use a circuit wired with a 14/2 cable. Ideally, this circuit will be dedicated. If it’s a particularly large or powerful unit, it may require 20 amps.

Garbage disposals should be either hardwired or connected to an outlet through a grounded electrical outlet.

The garbage disposal should have a dedicated circuit because they don’t have an extended run. Thus, the surge of power caused by turning the unit on can trip the circuit breaker, causing it and other appliances to turn off.

Can a Microwave and Garbage Disposal Be on the Same Circuit?

A microwave and garbage disposal cannot be on the same circuit and properly function. Both require a significant amount of power to run, and placing them on the same circuit may cause it to trip and the wiring to overheat, resulting in a fire hazard. 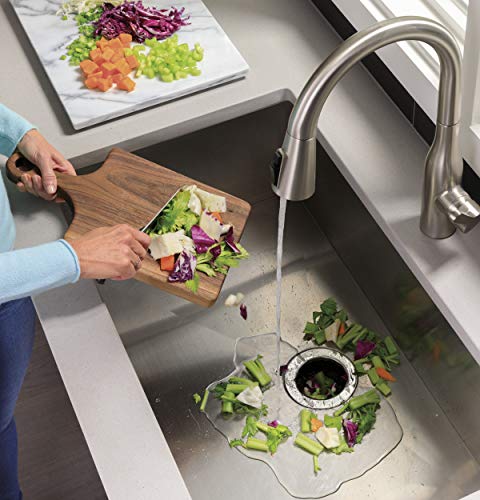 A microwave requires a 20 amp, a 120-125V circuit with a 12/2 wire. Some larger microwaves use up to 1500 watts and therefore require their own dedicated circuits for their power needs. In general, all appliances with an average rating of over 1000 W must have their own circuit and circuit breaker for optimum functioning.

Since the average home microwave requires around 1200-1300 watts of power, it usually needs its own circuit, which a garbage disposal can’t share.

Can a Dishwasher and Garbage Disposal Be on the Same Circuit?

A dishwasher and garbage disposal can be on the same circuit if it’s allowed by local code and the total amperage doesn’t exceed 80% of the circuit rating. These two devices must also be on a 20 amp circuit instead of a 15 amp circuit.

Dishwashers use between 10-15 amps of power, while garbage disposal amp requirements range depending on their size. Check your appliance’s total amperage before putting them on the same circuit together. If they exceed 80%, there is a risk of overloading, short-circuiting, and fire.

Ideally, a dishwasher should be on its own 15 amp circuit, as should a garbage disposal. Some appliance manufacturers specifically don’t allow their appliances to share circuits. Check your appliance’s user manual to make sure it’s allowed before putting them on the same circuit.

If you’re putting the garbage disposal and refrigerator on the same circuit, make sure to use a 20-amp circuit, using 12/2 NM wire with a ground. Anything less than 20-amps won’t provide enough power for both and can lead to overloading and even fire.

Can a Refrigerator and Garbage Disposal Be on the Same Circuit?

A refrigerator and garbage disposal cannot be on the same circuit. According to the NEC, a refrigerator must be on its own dedicated 120-volt, 20-amp circuit shared by no other appliances.

Older homes may have the refrigerator, dishwasher, and garbage disposal powered by the same circuit. However, this isn’t ideal and should be changed to get your kitchen up to code during any significant remodeling. 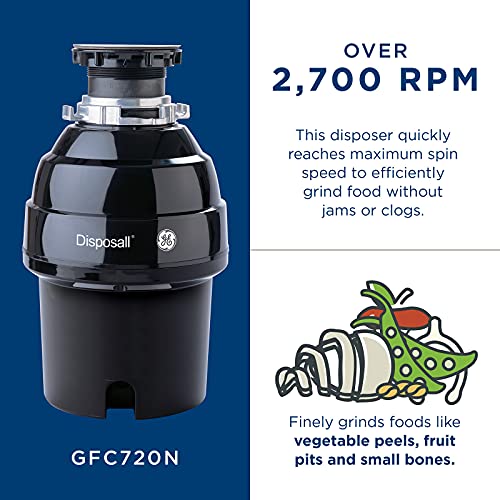 Major appliances such as refrigerators, washers, dryers, and stoves should all be on dedicated circuits to ensure they can operate safely without overloading the home’s electrical systems and leading to damage or fire.

For a full list of appliances that require their own dedicated circuits, check out Dedicated Circuits Installation & Replacement by Mr. Electric.

Why Do My Lights Flicker When I Turn On the Garbage Disposal?

If your lights flicker when you turn on the garbage disposal, an overloaded circuit is the most common culprit. And if your disposal is on the same circuit as the flickering lights, then this is most likely the cause. Otherwise, it may be due to improper wiring or corroded or loose neutral wiring.

Otherwise, when the disposal is turned on, the surge in power may exceed the circuit rating, causing lights to dim and flicker. Putting the disposal on its own dedicated circuit will stop the problem from occurring.

If this isn’t the case, it may be due to corroded, loose, or improperly installed wire at the main breaker, unrelated to your appliance use. This can be a fire hazard or pose a risk of electrocution. Contact a licensed electrician to determine what the cause is and get the problem fixed as soon as possible.

Garbage disposals require a significant amount of power to run. Keeping it on its own circuit will ensure there’s no risk of overloading, short-circuiting, or potential fire hazards.