Do I Need a Garbage Disposal if I Have a Dishwasher?

You don’t need a garbage disposal if you have a dishwasher, nor do you need to buy a dishwasher with a built-in disposal…. Instead, most dishwashers sold today use a filtration system, which are easy to clean out and maintain…. Also, machines with filtration are quieter, a feature many consumers want.

Dishwashers certainly have come a long way since Josephine Cochran invented the first machine that used water pressure to clean dishes in 1886.

Do Dishwashers Come With Garbage Disposal?

Older dishwashers come with garbage disposals if manufactured in the United States…. Sometimes called hard food disposers, their grinding capacity and motor power aren’t comparable to under-counter disposal units…. For this reason, many manufacturers have switched to filtration systems.

Dishwashers with a hard food disposer crush food particles and then filter them out of the water instead of recirculating them into the unit.

Hard food disposers not only prevent the need to clean the filter regularly, but they also keep the spray arms and water pipes clean…. Therefore, the built-in disposers help prevent the clogging of drains and pipes.

Many homeowners aren’t even aware that their dishwasher has a small garbage disposal system in it…. Instead, they simply scrape large food particles from their plates and let the dishwasher do the dirty work, so to speak.

Can a Dishwasher Be Installed Without a Garbage Disposal?

You can safely install a dishwasher without an under-sink garbage disposal, even if your dishwasher has a filtration system…. Plumbing fittings are available that let you connect the dishwasher to the drainpipe.

The grease and all the stuff that gets put down in the garbage disposal, such as eggshells, coffee grounds, and chicken bones, simply won’t break down in a sewer system.

In addition, it’s not uncommon for an apartment building to have dishwashers but not a garbage disposal installed in the units.

Some condominiums don’t allow for garbage disposals, and there are many places in the world where garbage disposals are rare…. It’s in the manufacturer’s interest to build machines that can be used without a garbage disposal and can be hooked up directly to a drainpipe.

Is a Garbage Disposal Required by Code?

A garbage disposal isn’t required by code in most jurisdictions…. However, a city, county, or state might have installation codes that a plumber must follow…. For example, a town or county might require a dishwasher not be directly connected to an under-sink garbage disposal.

There are exceptions to this, however…. In 2016, Philadelphia changed its building code and required in-sink disposal units.

However, this only applies to new construction…. On the other hand, some cities have banned their use…. New York City is a city that reversed the ban, but most apartment buildings in the city still won’t allow them.

Many European countries ban them outright.

Luckily, a licensed plumber will be aware of local codes for installation, so consult with one if you plan to install the unit yourself.

Does a Portable Dishwasher Need a Garbage Disposal?

And kitchens in older houses may not have enough room to install a dishwasher into the cabinets…. Portable dishwashers solve those problems. 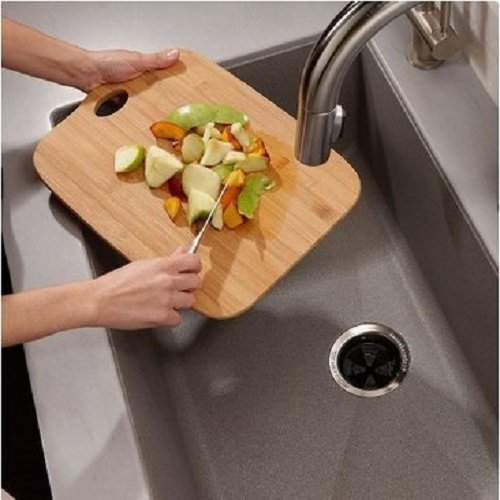 Portable dishwashers use a specific connection called a unicouple that connects to the spout of your kitchen faucet.

The unicouple fitting is connected to the dishwasher by two hoses…. One hose sends water into the machine, and the other one drains into the kitchen sink.

A countertop dishwasher is smaller than a portable one…. It can fit on your kitchen counter or in any area where it can easily reach the sink…. It collects and drains the water in the same way a portable dishwasher does.

Can a Dishwasher Work Without a Garbage Disposal?

A Dishwasher can work without a garbage disposal system if it has a filtration system to keep excess food from clogging the drain…. Filtration systems are commonly found in European-made dishwashers, although American firms are now also manufacturing them.

Dishwashers with filtration systems make far less noise than those with garbage disposals.  They’re quieter because food particles are collected in a basin at the bottom of the dishwasher tub by the filtration system instead of being ground up.

In addition, the filtration system in advanced models includes an additional ultra-mesh filter that effectively dissolves foods down to tiny particles.

But in exchange for less noise, the filtration systems must be checked and cleaned regularly.  The frequency with which you must clean the filters depends on how frequently you use the dishwasher, how clean the dishes are before they go in, and the types of dish detergents used.

If you’re planning to buy a dishwasher, but there’s not a built-in garbage disposal, you don’t need to worry about installing one.

Very few places require them by code, and if you pay someone to install it, that person will make sure the installation is up to code…. Some homeowners opt to buy a dishwasher with a built-in hard food disposer.

You may also be interested in… Does A Broken Garbage Disposal Affect Your Dishwasher?